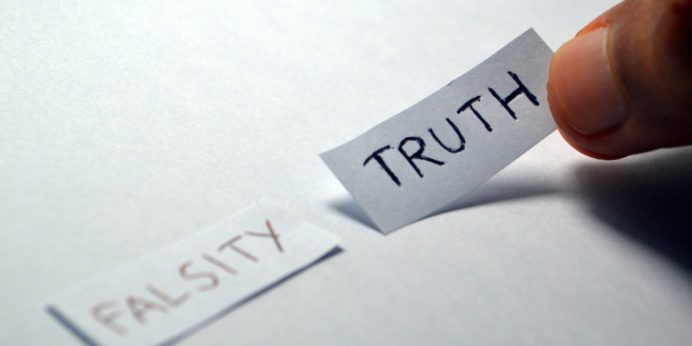 Viewpoints: Truth is having a moment of truth

Lots of people use relevance as a buzzword. It shouldn’t be a buzzword, it should be a marketing mantra. If no one is paying attention to you then you can’t build brand love, trust, reputation, engagement or anything else.

Golin has just released its first ever Global Relevance Review. The study looks at what attracts and keeps people paying attention to what brands have to say, and then moves them to act. Quite simply, the willingness to listen and the willingness to act.

Unlike much of the data we’ve seen before, it seems being relevant doesn’t necessarily have to mean being truthful or being trustworthy. That’s not to say those things aren’t important, of course they are. But they are not, it appears, the sole driver of relevance.

Whether it’s selling fish oil instead of cod oil or phones that have the added value of a firework display when you turn your phone on. None of these things stopped people buying the brands responsible.

Consumers repeatedly claim to want brands to deliver on being ethical, moral, honest and truthful yet the study shows the brands that consumers see as the most relevant are generally not hitting the mark. Yet they are still leading brands. Truth is seen less and less as an absolute. Truth is increasingly regarded as a relative term, defined by the prevailing sentiment among your own social circle.

We looked at retail banking, automotive and social networks as these are used by billions of people every day. None of the most relevant brands met the ideal expectation when it comes to being trustworthy. Isn’t that sad? We’ve become so attuned to being let down by brands that it no longer features prominently in our decision making process. So, if truth doesn’t matter, what does?

There seems to be no one answer to that question. It fluctuates industry by industry and market by market.

Hong Kong’s leading social platform is perceived as popular, influential and entertaining, indicating people don’t head to that platform for the truth, they want to be entertained.

We need to help our clients fully understand what is driving relevance in their industry and the trigger points for the tribes they are targeting. If being entertaining is driving the leader, perhaps a course shift for the nearest competitor is in order or perhaps it’s about finding that niche value, the much coveted ‘white space’.

There’s no right or wrong answer but one thing is for sure, it’s time for brands to spend more time getting to know what drives their audience, otherwise, their key attribute may well end up being irrelevant.

Jane Morgan is managing director at Golin, a member of the Council of Public Relations Firms of Hong Kong (CPRFHK)