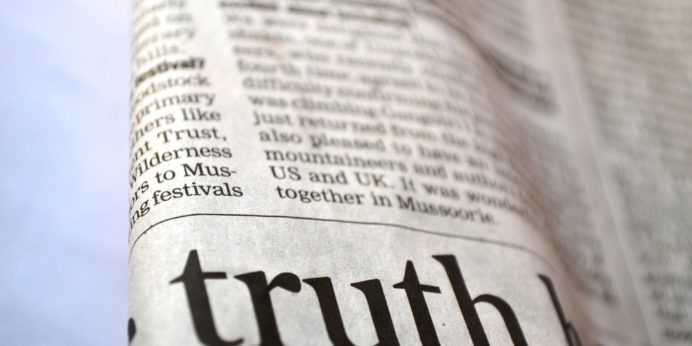 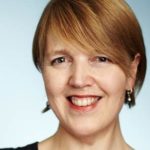 “Is Truth Dead?”, asked Time magazine recently after interviewing Donald Trump on his responsibility as president of the United States to get the facts straight before communicating them.

Despite the sobering conclusion of this article, and headlines to the contrary, truth isn’t dead. In fact, it’s thriving. Why? Because, fundamentally, truth engenders trust and trust underpins relationships. History shows that while we can twist the truth to serve our immediate needs, propaganda is not the best tool for positively influencing people over the longer term.

Sometimes it takes more than a generation for the systems and institutions behind what is judged to be dangerous propaganda to change, but change they do. And they change because people demand it – sometimes with the benefit of hindsight.

Today there are positive signs of governments, organisations and individuals reclaiming truth as something of significant value to society.

In Taiwan, for example, digital minister Audrey Tang is launching a new school curriculum to teach children how to identify and combat fake news. Slated for next year, the curriculum will include “media literacy” to encourage students to think more critically when using social media. This includes learning how to identify news sources and spot and interpret propaganda.

And there are independent online organisations such as FactCheck.org, which in 2016 signed an open letter to Facebook’s Mark Zuckerberg suggesting that Facebook “start an open conversation on the principles that could underpin a more accurate news ecosystem on its news feed”.

The question in this social media world is: who is responsible for ensuring the integrity and credibility of news sources – particularly given there is money to be made from propagating fake news? Certainly, responsibility starts with individual news readers themselves. But everyone involved in the news ecosystem should also see the veracity of the content they are producing, distributing, or promoting as their responsibility. Hiding behind algorithms is a cop out.

As an industry body that champions and represents PR professionals, the Council of Public Relations Firms of Hong Kong, like PR industry bodies in other jurisdictions, believes that truth is the foundation of all effective communications.

Our code of ethics stipulates that members have “the responsibility at all times to deal fairly and honestly with clients, past and present, fellow members and professionals, the public relations profession, other professions, suppliers, intermediaries, the government, political parties or people in the public service, the media of communication, employees, and above all else the public”.

Furthermore, we believe that the value of earned media relies on this trust. Education is key – of the public but also of brands. Events such as Consumer Day in China reinforce how quickly consumer trust can be eroded when it is perceived that false claims have been made by brands.

We encourage the broader communications industry in Hong Kong to engage in discussion about this topic and work together in the fight against fake news. Truth is thriving and we can have an important role in ensuring it stays that way.

Rachel Catanach is FleishmanHillard’s senior partner and president, Greater China and issues chair of the Council of Public Relations Firms of Hong Kong.